China Youth Network, Beijing, November 17, in recent years, the elderly can not live up to the temptation to buy a large number of high priced health care products are not uncommon. "Twenty-five thousand yuan, become a member of the infinitus company, can get a company donated nearly two thousand yuan worth of health care package, six months after the return of principal, but also can get six consecutive months of rebate 3000 yuan." Health care products such attractive rebates and free, attracted a large number of buyers, but let more than 200 buyers lose everything. 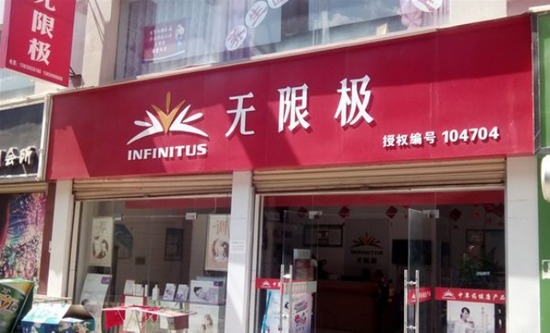 Attractive rebate is a scam seventy elderly lose everything

According to Chinese network reported that the day before, Xixia County, Nanyang city of Henan Province, the suspected case of illegal deposits from the public, the sell unlimited "star sailing" activities by the Liu Mouwu couple, about twenty million illegal deposits from the public, many victims, now the parties have been detained by the police, the case is currently by the local procuratorate public prosecution.

The reporter learned that, in this case, many of the victims are over seventy elderly. The old people said, everyone believed Liu Mouwu to sell unlimited "star sail" activities, in order to get health care products and attractive rebate free, to buy. We have to pay tens of thousands or even hundreds of thousands, so many old people spend their life savings.

For this, infinitus Zhengzhou branch is responsible for publicity, even the responsible person surnamed said to the media, Nanyang Xixia County Liu an unlimited "star sail" martial arts activities under the banner of illegal activities without any relationship with the unlimited company, the local public security organs investigating what the truth is very clear, individual behavior is Liu Mouwu, the victim is unlimited the matter, as the victims are unaware of the truth, the existence of misunderstanding unlimited company.

In fact, many elderly people are more hopeful of unlimited company. "Liu Mouwu is just a stranger, we are willing to spend money to participate in activities, not because we do not believe him, but I believe he may believe, infinitus company is a century enterprise, inherited from generation to generation, the boss is a big person." Many elderly people also revealed that they had dozens of people and take the bus to reach the infinitus company headquarters base to visit, is also arranged for someone to warm reception and boast about the prospects for the company. "Design" a good set of processes, to dispel the concerns of the majority.

In addition, according to an unlimited (China) limited information, Liu Mouwu and his wife because of outstanding performance, the company has topped the "honor list", and becomes an example.

For the elderly group to start users: selling no bottom line

According to the reporter understands, infinitus official, has been touting a concept called "consumer wealth". Is in their own consumer health care products, but also to sell health products to others. This business model is both consumers and marketing, sales in the consumer, the consumer in marketing, is a new mechanism of infinitus company marketing.

In this case there are unlimited health care products, retired workers, cheated elderly retired teachers, individual industrial and commercial households, more is not too much to the cultural knowledge of the farmers. The elderly infirm, desire health desire, and have high blood pressure, high blood fat, high blood sugar or arthritis, rheumatism, and cardiovascular system diseases, organ function aging, withdrawal, appear the problem of aging of the body, and the inner anxiety to sell health care products. Provide an excellent opportunity.

As is known to all, health care products belong to a kind of food, suitable for a particular group of people to eat, can regulate the body's function, but not like drugs, with the effect of treatment of disease. So in product promotion, also can not appear effective, successful rate and other related words.

On the network, a lot of people in the open platform to reflect, infinitus health products are expensive, after eating, not only no effect, even experienced side effects. Friends broke the news, unlimited marketers often in small organizations "share", with singing and dancing, looking for someone to share the successful experience abroad, often to all the guests can touch, will be bombing, one to one to talk about all kinds of good results, and said it is to maintain the health of essential goods.