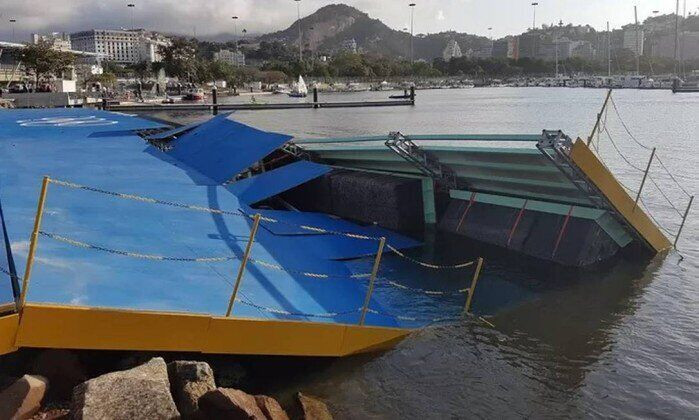 [global network comprehensive report] the Rio Olympic Games is about to open next week, but the preparations for the game frequently heard bad news. According to Hong Kong "Wen Wei Po" reported on August 1, Rio stadium again transmits to bad news, in Gloria ferry sailing venue 30, accident, used as assisting sailing drowning temporary slide partial collapse. A coach special floating ship was damaged, so that the outside world once again questioned whether the Olympic Games will be held successfully.

Rio Olympic committee spokesman Wilkinson said, 30, the sea waves is quite big, coincides with the high tide, leading to the accident. And said that the authorities have contacted the contractor, believe that 4 days to complete the maintenance, to meet the August 1st start of the sailing events. Because the site is another a permanent slide, the incident would not affect the training of athletes.

In addition, held a number of water events of Guanabara Bay water quality is also of concern, the earlier media reports of the surface covered with garbage, excreta even surfaced. Emergency measures were taken by the authorities to collect garbage from 12 ships and to install a separate network at the source of the river.

On the other hand, village of the players also frequent problems, according to Brazilian media reports, 46 year old contestant village director Cilento pedicle and PC will more than high has been dismissed. Rio mayor Eduardo PAEs the fault of Commission on foreigners in charge of Olympic Organising Committee, claiming that the athletes' village had long been ready, but the Organizing Committee took over three months but it makes the project become a mess.