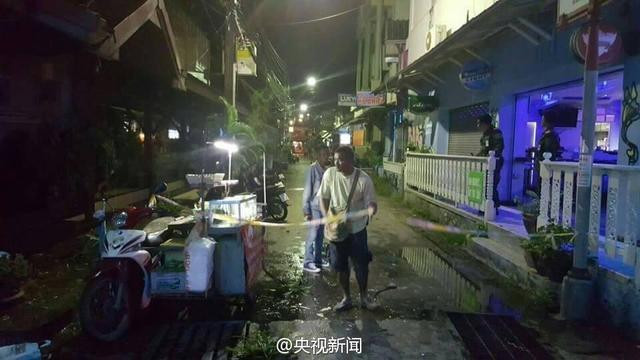 Comprehensive Thailand media news, the two explosions occurred in the city of Hua Hin foreign tourists more areas. The first 11 bombs exploded in front of a local bar at 22:15, causing no casualties. An hour later, second bombs exploded at a place about 100 meters from the scene of the first explosion, causing casualties.

Thailand the Thai rath "reported, police 12 0 57 confirmed the explosion caused by a dead and 20 wounded, and said to have control of the situation, all the injured have been rushed to hospital for treatment. Thailand TV station at 1:10 on the 12 reported that the number of injuries to 23 people.

Reported that the deceased is a Thai, including foreign tourists in the injured.

Thailand police have been investigating the explosion, and close all the nightclub explosion area. No organization has claimed the attack.

Hua Hin is a famous tourist city of Thailand, located more than and 200 kilometers south of the capital, Bangkok.