The launch of the interception system 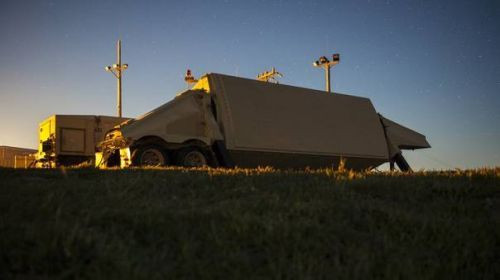 12, according to Kyodo News Web site reported. Recently, the United States Department of Defense Missile Defense Secretary James Surin 11, during a visit to South Korea to accept local media interviews, for will be deployed in the South Korean military's most sophisticated land-based missile interceptors "Sade" (THAAD) said "which will be used solely for the South Korean defense, not included in the U.S. in global missile defense system", denied the Sade radar information received view shared with Japan.

Earlier South Korean Defense Minister Han Minqiu denied the possibility of sharing information with Japan, but the Ministry of Defense spokesman said it could share with Japan, the two are not a.

The Chinese government is opposed to the deployment of SA in South Korea, which will form its own surveillance. And Xu Lin denied said there was no intention of surveillance, and expressed a desire to in the next year to implement the water side "of the intercept test dance of" Korean new medium range ballistic missiles.

Japan tried to deploy Sade system is not groundless, according to the Japanese NHK television reported on the 10th, the Ministry of defense proposed in this year's supplementary budget plan in advance to join and enhance anti missile capability of the budget, and stepping up to explore the deployment of Sade in Japan.

The former days the message is further evidence of Japan to buy Sade system, Japan's NHK television reported on August 10, the Japanese Ministry of defense in order to strengthen the defense force of the missile threat from North Korea, decided to as soon as possible to discuss whether or not the introduction of Sade. In the year of the second supplementary budget case, ahead of the deployment of the GSDF team interceptor missiles, the introduction of supplementary cost policy.