Xinhua Beijing on August 16, Indian Prime Minister Narendra Modi, 15, announced that since he took power in 2014, Indian authorities has more than 20 million toilets in the new, so as to effectively reduce the excretion in the open air.

Modi said in his speech: "today I want to tell you is that all over the village in India (in the past two years) has been more than 20 million new toilets have been built." The audience burst into applause.

The United Nations Children's fund will open excretion has been a long-standing problem of the Indian society, more than 5.9 billion people lack toilet, accounting for about half of the country's population, according to the survey. Since Modi took office, he has promised to promote public health, to reduce the prevalence of diseases. New Delhi, the capital of India, a market, people waiting in line on the public toilet. (photo: Xinhua / new method)

Last year, for the toilet is difficult to solve the problem of the people, the government of India to the world bank to apply for loans for building toilets and other public health facilities. By the end of last year, the World Bank approved the application, the world bank will be 5 years to provide a total of 1 billion 500 million dollars in loans to the government of India.

British non profit organization water aid organization released a report, India is a global health condition is the most poor countries one of the average per square kilometer have 173 people open defecation, is the highest in the world. UN data show that about half of India's population has no indoor toilet, this situation is more prominent in the rural areas. In 2019 the government of India intends to prevent defecation habits. (reporter Yang Shuyi, Xinhua International Client Report)

People who get used to the city life may be hard to imagine how the day without a toilet bowl. For many Indian rural women, don't say closestool, even the toilet itself is full of trouble and risk, and may even lead to fatal disaster.

A man can solve the urgent in public, but only a woman under cover of night to go out to the toilet. Broadcasting British Corporation (BBC) reporter Divya Aliya depth India village, rural female toilet difficult feelings.

Go to the toilet []: signs of danger appearing everywhere

At four in the morning, before dawn, from the capital, New Delhi, 80 km culma village, 38 year old Kailash took three daughters to go to the toilet, each with a bottle of water for cleaning. "We've been walking together. I will never let my daughters go, "said Kailash.

In this village of 300 households, only 30 have independent toilets, all of which have no drainage system. Women go to the toilet two times a day and dusk. For most of them, the crops are the only toilet they know.

Usually, walking from home to the "natural toilet" takes 15 minutes. After arriving at the destination, women are scattered, a little privacy protection.

In the field of the toilet, you must be careful at the foot. After the harvest of crops, farmland is not covered, it is almost a large outdoor public toilet. While sowing and harvest fields can not be used, women can only walk more far, find no tillage land. This journey is less than 45 minutes, more than an hour.

An unwritten rule is that man only at dawn and go out to the toilet, the boys sometimes breaking the rules, learn the cat, or take liberties harassment members of the opposite sex. 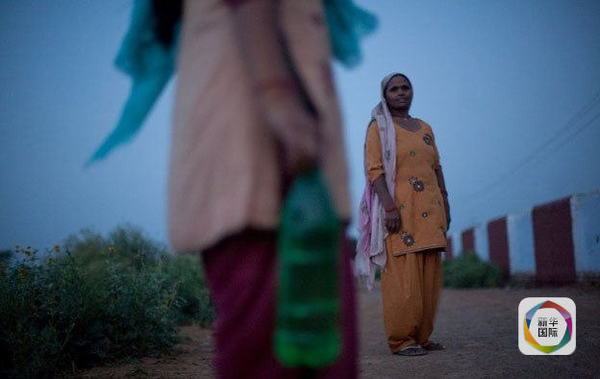 For women, the darkness is like an umbrella, protecting their dignity. In some ways, the dark also increases the insecurity, which makes them more vulnerable. Therefore, they always strive to shorten the time to go to the toilet.

Kailash 18-year-old daughter Su Nu said, we usually go and return quickly, never deviate from the right track, never acting alone, "if you see a boy, we rushed him roar." Su Nu sister Sima said, if there is a boy to move a finger on her sister, she would not hesitate to slap him.

The woman in the village remembers a time when a woman was foolish enough to go out to the toilet alone and suddenly found herself in a car headlights on a passing truck. The driver stopped and walked out. The woman had to flee for safety.

Obviously, go to the toilet, a woman worries about more than the health situation, but from the opposite sex harassment and assault. Uttar Pradesh police statistics, every day the police received 10 cases of rape reported, 60% cases occurred in women go to the toilet.

A Bihar police officer said that in 2013 the local more than and 400 rapes in women go to the toilet. If there is an independent toilet in the victim's home, the tragedy will not happen.

In late May, Uttar Pradesh, several young girls go out to the toilet of gang raped, the body was hanging in a tree. The vicious case of social violence in India anger. The local government on the disposal of cases ineffective, some officials ", provoke deeper resentment.

Among them a murdered the girl's mother told the BBC aliya, she had previously been to accompany her to the toilet, with the exception of the let several young girls to accompany the action. As a result, the tragedy occurred. The wrong decision made her regret for life.

Kuurma village women agreed that the toilet this topic too sick, shame. For many of the details of the toilet, they naturally do not want to say.

However, since go to the toilet not convenient, health, safety, why not build indoor toilets? Find aliya, the problem not only by the poverty caused by, behind the more ideas and customs.

To some life in terms of the rural poor people in India, the outdoor toilet is natural choice, is the continuation of life habit, closestool is with matching modern life necessities, and seems to be their relationship is not big.

Kailash's eldest daughter Sima was educated in a boarding school. She was quick to get used to the school's enclosed indoor toilet, but felt that this was because the school and dormitory "are all in the building, there is no crops around, so we have to fix the toilet."." 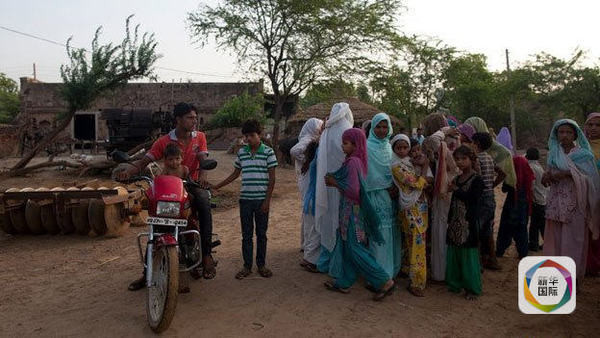 In culma village only primary school, aliya found two indoor toilets, apparently did not put into use, a not gate, a filled with garbage and bricks.

She asked the school administrators why there is no toilet, the other answer, because the school next to the crop. Accompany in aliya beside a woman said angrily, boys can solve the problem in the daytime to crops, girls were not able to.

For women, after the early morning on the toilet, the next time to go out after an hour in 14th Five-Year. During this period, even want to go to the toilet can only stop. How to do in case of an emergency?

Culma village women admitted that if children or the elderly urgency, and so late to go to the field, they will use a simple indoor toilet. However, this is difficult to clean the toilet, can only be thrown away after use, or the smell is too large, it is difficult to bear. 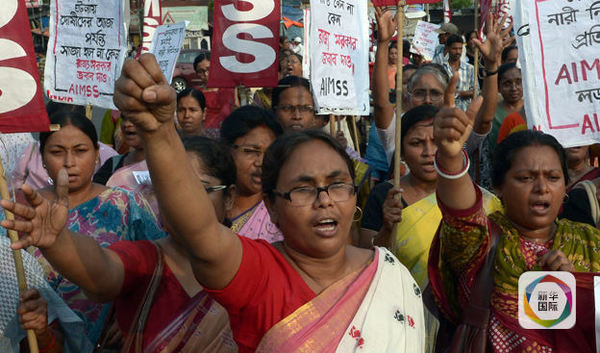 Build a toilet: no need?

Kailash's neighbor Sant Raja is a village with a few independent toilets. He is a bricklayer, eight years ago to spend 10 thousand rupees ($167) to repair the independent toilet. This cost is equivalent to two times the average monthly income of the villagers.

Why did Sant Raja have a toilet, most of the other villagers did not, Sant Raja said, because he has only four children, and most people have at least more than and 10 children need to be raised.

Sant Raja believes that poor economic conditions is a reason, but a more critical factor is that the toilet is only a woman's trouble, not a man's problem. "A man can go to the lavatory at any time and at any place, and only a woman needs protection and protection." 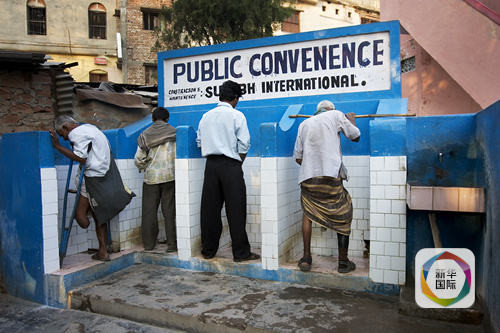 This is an indisputable fact. Even in the city of India, a man who has a public place to pee in public places can be seen everywhere.

In kuurma village, the streets everywhere can see the occasional car motorcycle. Bring these luxuries are mostly used when married women buy dowry. Kailash's dowry does not include motorcycles, but her husband with a dowry to buy a TV and satellite antenna. In this village, the electricity is no longer than four hours per day. 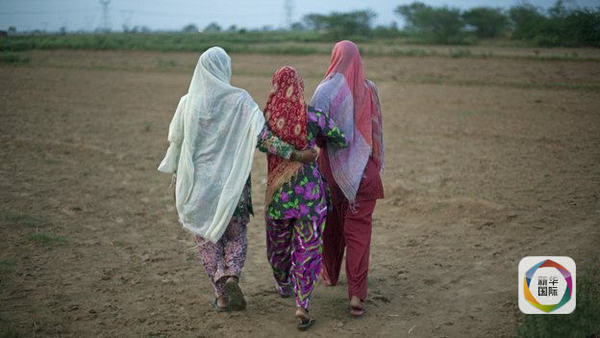 Kailash's husband should be affordable to build an independent toilet, provided that the government is offering a subsidy for the construction of a toilet. Kailash, said her husband for his good, never drink, there is no domestic violence, however, fix the toilet has never been his priority matters. "The toilet is not so important to a man. I can't lose my temper. Women don't do that, "she said. (reporter Han Liang, Xinhua International Client Report)