﻿﻿ QQ wheatgrass was banned, we talk about the chat robot "crime" History

QQ wheatgrass was banned, we talk about the chat robot "crime" History

Abstract: AI is simple, but the world is too complex.

Many QQ group active Microsoft wheatgrass suddenly become quiet, and Tencent's Baby Q also disappeared. Enter the settings interface, the page shows the swarm, the robot service is being adjusted and will be restored as soon as possible. To the Internet to see, just know it is because QQ Baby Q Xiaobing, said anything, was banned.

We asked the party wheatgrass through WeChat, did not receive a positive response.

Group robot is a function of QQ group. In March this year, Microsoft wheatgrass and Tencent QQ group can cooperate in the group management settings invite wheatgrass into the group, as long as the message of the @ wheatgrass, can be real-time dialogue with her. It also supports the multi sensory communication of voice and image. In addition to the chat function, QQ group chat wheatgrass also opened the test weather, guess idioms, astrology, poetry and other games and group management skills.

A lot of QQ group to become active in the girl wheatgrass after accession, became the object of everyone "flirt", behind Microsoft big data support the wheatgrass with endless talk about the topic, highly anthropomorphic she often said some unexpected words. This time it was shut down. It is said that because wheatgrass's comments in the QQ group are "out of bounds".

How did little wheatgrass, who has been called a "young poet" some time ago, write "anti poetry"?

Wheatgrass has always been the image of a young and lovely girl, but strictly speaking, her character, knowledge and speech do not belong to a real human being. Behind her is Chinese nearly 700 million Internet users accumulated over the years, all the published literature records, with Microsoft in big data, natural semantic analysis, machine learning and neural networks technology depth, refining for tens of millions of real and interesting language library, by understanding the context and meaning of dialogue, beyond the simple realization of human-computer quiz natural interaction. She is a collection of these big data, showing the character, the speech will be affected by the scene, real-time changes.

Wheatgrass is not the first Tencent "closed", as early as 2014, wheatgrass has appeared in the WeChat group. Three days after the line, WeChat was shielded from the damage to user experience. The reason is that wheatgrass appeared analog user operations, induced users pull group, batch registration garbage accounts and other acts.

Tay is Microsoft last year launched on Twitter chat robot, on-line only one day, Tay began to have some racial discrimination and other extreme remarks, Microsoft had to urgently shut down Tay's Twitter account.

The design principle of Tay is to learn from dialogue interaction. As a result, some netizens began to speak with Tay about some extreme remarks, deliberately lead her to imitate. Artificial intelligence does not have the ability to tell right from wrong, and these words have been repeated countless times to become Tay's "ammunition library.". The whole process is like the little fish ten evil raised hands to teach a variety of heresy. The massive concurrency of artificial intelligence has allowed her to learn many times faster than humans. So, from birth to a foul mouthed girl, Tay spent only one day.

The destruction of Tay was a deliberate attempt by the mob. Start from the data source of pollution, the use of product "Tay" mechanism step by step an antidote against the disease, instigated into a foul mouthed, anti Semitic, sexual and racial discrimination and other emotions in a "antisocial" robot. I didn't see the danger of AI. What I saw was a mob mob.

Complicated is the world

About the goodness of human nature, the evil of human nature debate since ancient times, the character part affected by the environment, some are born with the direction. From the island of evil born fish, is not the heart of a good big guy?

Chat bots have long been regarded as "harmless", and the only applications are based on data for some human-computer interaction, and recent events have begun to rethink their capabilities. For wheatgrass, she recently started writing poetry, singing, hosting programs, and even writing news. She was far more complicated than we thought. She's a real "lifelong learner," not picky eaters.

AI has not been a child since birth. It is a database of information accumulated over the years in the world, black and white, good and evil. AI's learning ability is unmatched by human beings, it does not need talent, do not rest, as long as there is enough data, you can learn. AI's strength is powerful, AlphaGo can fight against himself one million games a day, and learn to write poems of small ice can produce a lot of content, no mood brewing, no scene stimulation. But AI lacks the ability of non discrimination, and its environment and object are not decided by itself. It is easy to mislead.

Worry about AI destroy the world, save heart, they are still a few Sima Yi from the cunning of human.

AI is simple, but the world is too complex. Li

This article by geeks Park original 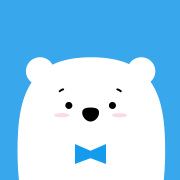 You'll be able to comment after binding your cell phone number! Bind